MSC Board of Directors

As a community action agency, MSC is governed by a board of directors comprised of community leaders, elected officials or their representatives, and customers or their advocates. MSC’s board meets once a month. 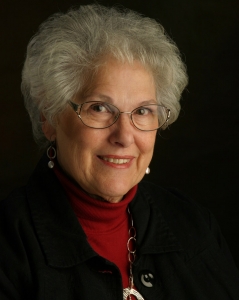 Rene joined the MSC Board last year as a way to give back to the community by working to make MSC stronger. She believes MSC plays a vital role in fulfilling the needs of people in our area who need a helping hand. After a long and diverse career working in education, business, and government, Rene brings a breadth of knowledge of business and strategic planning to the board. 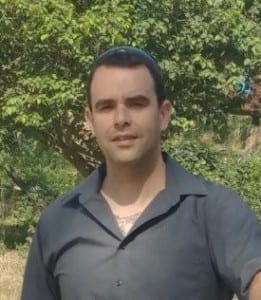 Joe has served on the MSC Board of Directors since 2017 and is appointed by King County Councilmember Pete von Reichbauer. 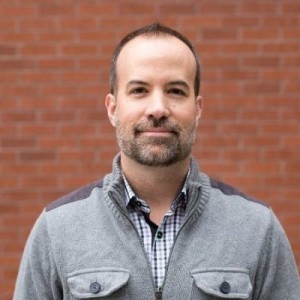 I currently live in Milton, WA with my wife Claire and two amazing kids – Simon and Amelia. Claire and I have lived in the Pacific Northwest since 1999 and truly have found a home here. We are active members of LifeWay Church in Federal Way, WA where I serve as an elder and men’s ministry coach. I serve on the Board of Paradosi Christian Ballet Company in Tacoma – a non-profit ministry that uses dance to express their love for God. I also serve on the Board of Fulcrum Real Estate Services. I currently am the Vice President Finance and Controller for Alaska Air Group, which owns two leading US airline brands – Alaska Airlines and Virgin America. I’m a CPA registered in the state of Washington and have been since 1999. I am honored to serve on the Board of MSC. The work that is done through MSC in the Puget Sound area is remarkable and I am humbled to be a part of it. 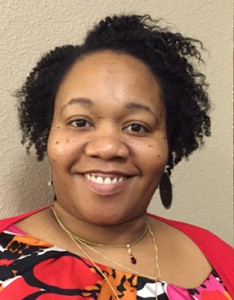 Teleda has been a member of the Board of Directors since 2010. Teleda participated in MSC’s Thrive program and is now working as a home healthcare aid. She is also is currently attending school to earn her Bachelor’s degree in Psychology. Teleda has two teenage daughters and also does additional volunteer work helping seniors and disabled individuals through local churches. 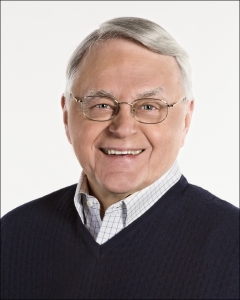 Bob Wroblewski joined the MSC board in 2002 after seeing the valuable work that MSC did in the community. Bob is also a member of board of the Advancing Leadership and Community in Schools in Federal Way and helped to start both these organizations. Bob also serves as the President of FUSION and is on the Federal Way Human Services Commission. Originally from Indiana, with a stop in North Carolina, Bob and his wife Cindy moved to Federal Way in 1987. Bob worked for Weyerhaeuser for 19 years before retiring in 2006. Bob and Cindy have been married for 51 years and have two children and three grandkids. 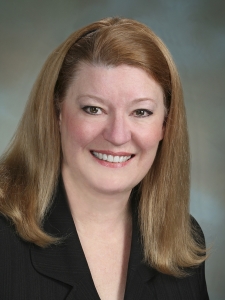 Katrina Asay has lived in the South King County area for over 30 years and was very honored to be asked to join the MSC board in 2011. She served as Mayor of the City of Milton from 2002 – 2010 and in the State House of Representatives from 2010 – 2012. In 2014 she was appointed to the Public Disclosure Commission by the Governor and served as Chair of the Commission for 2015. She also serves on the boards of Step by Step and Milton Police Foundation. Katrina is a real estate broker in both King and Pierce Counties. Katrina and her husband have three grown children and five grandchildren. 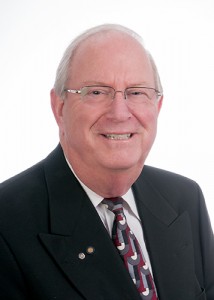 David A. Berger joined the Board in 2014, in order to further his strong interest in helping people in need of housing, jobs, and other assistance provided by MSC to achieve or regain their self-sufficiency. He currently also serves on the city of Federal Way Parks and Recreation Commission and Sound Transit Citizen Oversight Panel. Mr. Berger has been a member of Rotary International for over 30 years, and his previous volunteer leadership included serving on local boards of several Rotary clubs, the American Heart Association, and Boy Scouts of America. Prior to retiring in 2010, he was a city manager, assistant city manager or general manager in several California cities and special districts. He also served as San Francisco Bay Area regional vice president/business manager for the country’s largest civil engineering/environmental services firm. During his 35-year career, Mr. Berger led the conversion of two former military bases to civilian use, and oversaw “mega” projects in the transportation infrastructure, environmental clean-up and water supply fields. He and his wife, Donna of 40 years, are pleased their Federal Way home allows them to frequently see their two married daughters and two small grandchildren who live in the Puget Sound region. 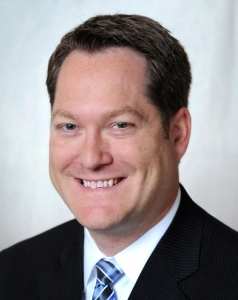 Michael has served on the Multi-Service Center Board of Directors since 2003 as the former Chair and President, and is currently serving as Board Treasurer. Michael is Senior Vice President and Commercial Payments Manager at Kitsap Bank. He has over 22 years of banking experience and an extensive background in treasury management and commercial banking services. In addition to serving on the MSC Board, Michael also serves as President on the board of the Pierce County Library Foundation and volunteers with Habitat for Humanity. Michael lives in Tacoma with his wife, Caireen, daughter Kristin, their Corgi Rhys, and two cats Jasmine and Zoe. 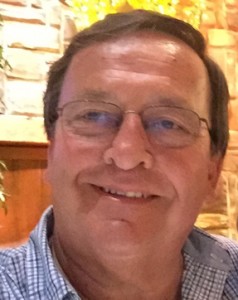 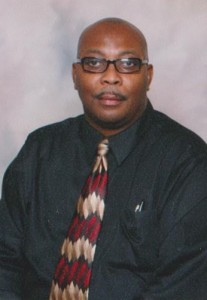 Artonyon S. Ingram joined the MSC board in 2017. He has been a resident of Washington state since 1988, moving here from Freemont, NC after his discharge from the military. Artonyon received his master’s degree in education specializing in guidance counseling from City University in 1995. He has a total of 21 years incounseling/case management experience, and his hobbies include singing gospel music and sharing with others that dreams can come true. He embraces MSC’s motto “help, hope, change!”

Coming from a low income family, I saw education far away from my reach, however, I always looked for a way to get to where my vision was; a 4 year University to then be able to help my community. I earned my Bachelors degree in 2016 with a major in Psychology and a minor in Criminal Justice. I have worked with underrepresented minorities in my community since I was in high school. On my path to continue my education I learned how important it is to know about resources and have a strong network to be successful. The struggle and road I had to go through to be able to continue my education provided me with the knowledge to guide others and achieve their goals. Sometimes who you know and what you know is the difference between accomplishing our goals and conforming to what we have. 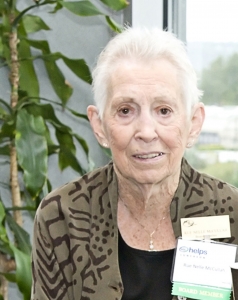 Rue Nelle has been on the MSC board since 2010 and has served on several committees. She recently retired as the Community Manager for Mitchell Place, a MSC property. Rue Nelle became interested in serving as a volunteer in 1958 as a military wife in Germany and continued to serve as a volunteer while also building a career in Human Resources. 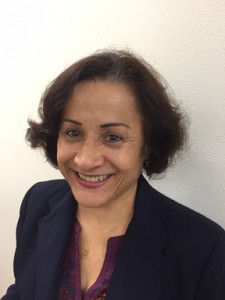 Ana Cristina Molina McCleary joined the Board in 2002 after building a career in the social services arena and seeking to advocate for underrepresented minority communities. Born in Colombia, South America, Ana Cristina came to the United States as a foreign student who later fell in love and married her current husband while studying at the University of Illinois. Ana Cristina received her Bachelors Degree in Psychology as well as her Masters Degree in Public Administration with an emphasis on the social services at Seattle University. She went on to specialize in serving Latino and other diverse minority populations at Sea Mar Community Health Center, where she pioneered the Maternity Support Services Program. Ana Cristina left her position at Sea Mar to dedicate herself to raising her three children alongside her husband of 30 years. While at home raising her children, she continued her involvement in advocacy services through volunteering at schools and in the community while instilling a strong sense of social justice responsibility in her children. Ana Cristina has since returned to the social services arena as a Medical Interpreter, Multi-Service Center Board Member, Saint Vincent de Paul Society Member, and passionate community advocate. 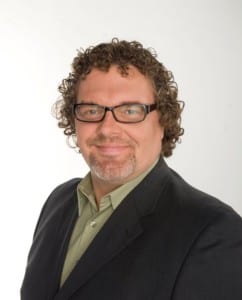 Wade is appointed to serve on the MSC Board of Directors by Kent Mayor Dana Ralph. Wade has served on the board since 2016. 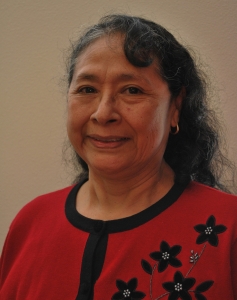 Maria came to the United States from Guatemala in 1995, and married her husband Paul, who is an architect. MSC helped Maria with learning English pronunciation. Maria saw the opportunity to help others at MSC and started interpreting for Spanish-speaking customers at MSC. In 1999, she joined the MSC Board of Directors.

Before coming to the United States, Maria earned a Bachelor of Science and Writing Diploma and studied four years at a Christian Theology Seminar and earned a Christian Education certificate. Maria previously worked in the Federal Way School District as a Spanish/English interpreter.